Outlook for Student Jobs in Columbus Shows Signs of Improvement

The outlook for student jobs in Columbus appears to be improving for this year's new crop of graduates. Unemployment figures for college graduates under the age of 24 dropped to 7.2 percent for the first four months of 2012. The number is nearly two full percentage points lower than the same period for the previous year, according to recent employment studies.

In terms of student population, The Ohio State University is the largest campus in the U.S., a fact that is not lost on employers seeking qualified candidates. Fortune 500 companies, consulting firms, and investment banks may prove to be fertile ground for internships and student jobs in Columbus.

The Columbus region holds a number of advantages for students entering the job market for the first time. As the capital of Ohio, the city boasts a strong governmental sector as well as a vibrant hi-tech base. Columbus also hosts the Battelle Memorial Institute, the largest private research and development foundation in the world.

Given this generally favorable environment, securing student jobs in Columbus can pave the way to more permanent employment following graduation. The key to navigating this transition lies in mastering a number of core skills and attitudes employers look for as they sift through the pool of potential recruits.

First, the economy, while slowly recovering, still suffers from a deep recession. As such, searching for student jobs in Columbus requires tightly managed expectations. Students should avoid searching for a "dream job" at this stage of their careers. Instead, landing solid, non-glamorous positions can serve as the basis for better opportunities down the road.

Second, strong communication skills invariably prove useful to a student seeking to make a good impression on potential employers. These include the ability to write and speak clearly as well as picking up on nonverbal messages, which often form the core of office culture.

Third, those seeking student jobs in Columbus should possess strong problem-solving skills. If college is about absorbing information, the workplace is about using that information to solve problems. Related skills include the ability to break a problem down into solvable components, thinking outside the box in order to gain different vantage points, and knowing how to create and collaborate with teams.

Fourth, employers recruiting for student jobs in Columbus value leadership qualities in their new hires. To be sure, no one wants to hire a dictator in the making. However, demonstrating appropriate leadership skills is very attractive to bosses and supervisors. In this context, leadership means having the ability to manage projects from inception to completion. It also includes the ability to set goals and objectives, motivate others, and delegating tasks when necessary. Seeking assistance when needed – as opposed to faking it – is another key quality that separates a leader from a follower

Finally, nothing takes the place of integrity. At this stage of their career, students cannot afford to demonstrate anything but the highest level of honesty in the workplace. This includes following through on promises, weighing ethical implications, and committing to correct errors when they occur. 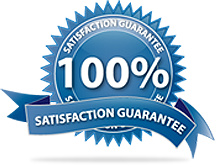